Rim was born in Daugavpils city, Latvian SSR in 1988. He grew up in the family of a historian, regional ethnographer, teacher of Russian literature and language, his grandfather, Gusev Bronislav Gavrilovich, who instilled fondness for accordion playing, music, poems, culture and art in general, also he influenced much his formation as a person in other life aspects.

“…go on stage only hundred percent sure of yourself, otherwise it’s a potboiler”

Continued to study the mastery of performance in Daugavpils Secondary School No. 13 - which is known as a school with musical emphasis, where attended musical classes under the teacher’s guidance - Valentina Isate. A few years before school’s graduation, he began simultaneously studying in Daugavpils Music College under the direction of maestro - Valery Hodukin. Finally, he graduated from the Music College with a degree in academic singing that was led by Viktoria Cirule.

In the beginning of institute times, the musician’s life acquired a new direction - he took part in the first season of a TV show “Koru Kari” (Clash of the Choirs, Latvian version) in the team of “Daugavpils Oranžais Koris”, which later became the winner in 2008. This event brought into his life lots of significant changes that have influenced on the course of his creative path for a long period of time after the first live broadcast. Moreover, together with "Orange" ansemble they gave an extraordinary number of concerts throughout Latvia during next several years. Then, he became a member of the commercial project “Slavenais Jersikas Orkestris” which also gained success and popularity in this country. Throughout his career, Rim participated in many other concert tours and TV shows, including such as Eurovision, Slavic Bazaar, etc. But as an actor and even dancer he made his debut in 2010 in a series of five different theatrical productions, conducted by famous Latvian actor-screenwriter Voldemar Shorinsh. Thanks to everything what had happened before, he managed to work in different directions with talented people - musicians, actors, singers and directors, who anyway helped not only to gain experience, but also to form creativity. Need to move on further. 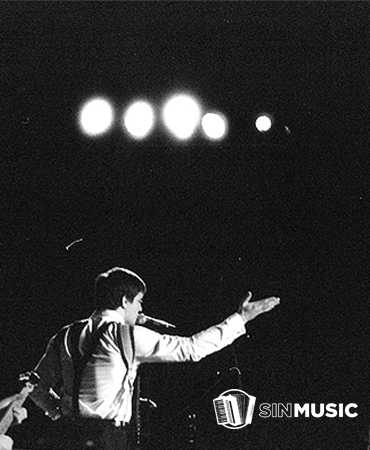 Despite the efficient and full of accomplishments experience of commercial projects, they are always ends someday. Rim continues, as before, to be engaged in mastering the creative craft: an accordion play, singing, composing and poetry.

As it was mentioned before, poetry occupies highly significant place in this person’s life and together with songs’ lyrics are viewed as independent directions of creativity. You can come across with his works under the pseudonym: “Человек без языка” or "SIN".

“…present life’s perspective: the main are joy and desire, You must love to live…”

However despite the various genres’ abundance and influence, musical creativity can still be defined as contemporary, acoustic romance, accordion bard with serious lyrics and easy listening instrumental music with variative, flying melodies, suggesting a more creative character and performing format. But anyway, in foundation of his own genue style of sounding, the accordion remains as master’s main instrument. The musician's activity evolving around different directions, but the main ones are - author's song, instrumental music and arrangements, poetry, satire-humorous verse and publicism.

Composer’s solo career has found the continuation in “SIN MUSIC” - this’s the Rim's creative workshop that includes creation itself, all main directions in general, development and promotion, this is a union of creative people; and “Nota Artista” - this is not only the one of performing activities, but authors special concert program too, that combines under the one name certain cycle of authors poems, monologs, songs and music. In particular, the charming accordion player has been using such name as Rim Bravura in order to perform and appeal to audience.

“…there’s one always question – what you gonna do next…?”